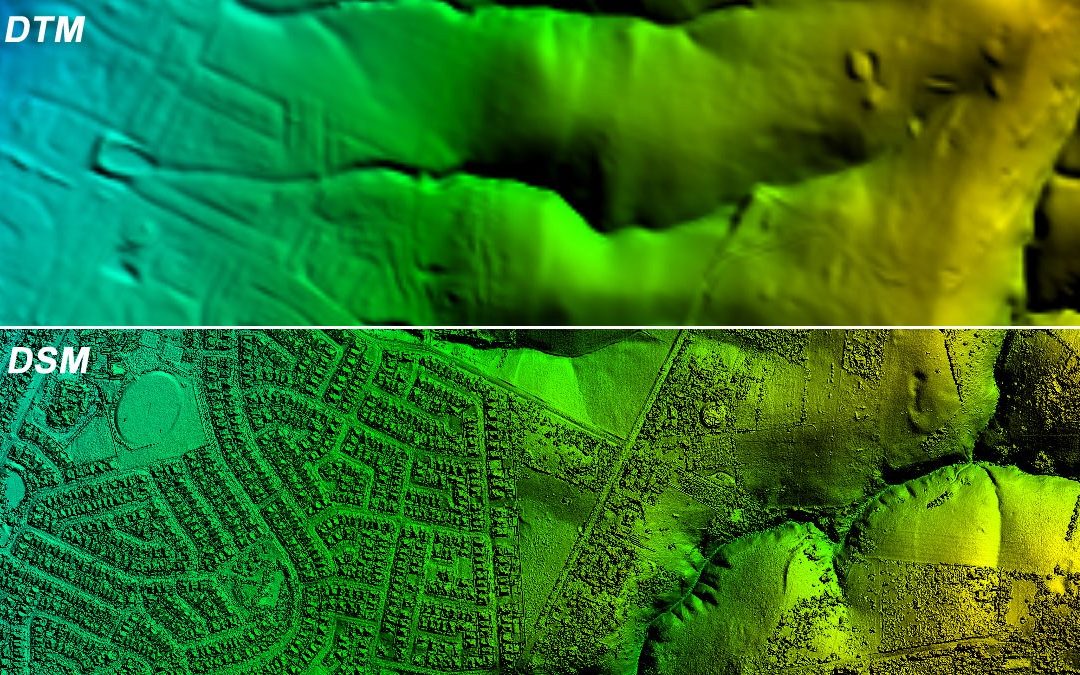 On the topic of DEM’s, DSM’s and DTM’s things might start sounding a bit like gibberish to those who do not encounter these models regularly. During my research, it became clear that there is widespread confusion, even among the internet community, as I came across a lot of conflicting information for defining these terms. A LOT of reading, head-scratching and finally interviewing a land surveying professional (who is an expert on the subject) shed some light on the topic of digital elevation models.

A DEM or Digital Elevation Model is a general term used to describe a digital representation or image of the earth’s surface which includes information relating to elevation, topography and/or bathymetry (underwater depth). A DEM image consists of pixels which contain an elevation value at the centre of each pixel.

There are a lot of topographical definitions relating to DEM’s and therefore I can argue that it can be used as an umbrella term for DTM’s and DSM’s which are the most common elevation models land surveyors are sought to generate.

Digital Terrain Model or DTM is a term used to describe a digital image of an area of interest which contains elevation information and is completely devoid of any natural or manmade features other than that of the Earth’s bare surface.

On the other hand, a Digital Surface Model or DSM is a term which is used to describe a digital image of an area of interest which includes features like trees and buildings. The “surface” consists of the elevation data of the top-most surface of an area. The earth’s bare surface will only be captured where there are no obscurities.

DSM’s become relevant where any natural features (such as trees and boulders) or any manmade features (such as buildings or lamp poles) may have an impact on a design. For example, Urban planners use DSM’s where 3D modelling is needed to determine whether a building will harm the viewshed of residents.

Land Surveyors use remote sensing technologies such as lidar, Radar, Stereo Photography, space-borne platforms, airborne platforms and traditional land surveying equipment to collect data pertaining to the earth’s surface which include variables such as altitude, aspect and slope. These variables strongly influence the human and natural environment. These types of surveys generate models which enable professionals such as engineers and architects to derive information on height and gradient, catchment areas, cut and fill calculations and viewshed. As you can see 3D models such as DEM’s, DTM’s and DSM’s are essential for project planning and successful execution.